I’ve felt for a long time now that I just didn’t quite “click” with the traditional fundamentalist Christian views. It has become very clear to me I’m not like the mainstream “Fundamentalist” Christian. It has caused me brief periods of anxiety as I wondered if I was being honest and authentic as I attended Church and professed my Christian Faith. It is not because I doubted the existence of God, nor because I doubted Christ but because the God I came to know was so different from the God that was described by many more traditional Christians preaching from the pulpit or leading the typical Sunday School class.

The God I love is pretty different from the traditional Old Testament depiction…and that sets me apart right away from what many Christians believe to be true. And that doesn’t bother me a bit, although my heart aches a little at thinking anyone could believe God would Create just to destroy. I cringe at thinking anyone could believe our God would truly pick favorites…either by gender, by race, or by orientation! A loving God would not create to exclude! I believe God loves each of us equally regardless of race, gender, body shape, age, or orientation.

So here I am finding myself drawn to the label of “Unfundamentalist Christian”! Why does it matter? I’m not sure I have a good answer for that. All I can figure is that is always nice to have company on any road trip, and the Spiritual Journey is no exception! These tenets as described on the UnFundamentalist Christianity FaceBook site (https://www.facebook.com/UnfundamentalistChristians?fref=ts) are to me like a beautiful travel brochure on my journey…one that I wish to share with those who might like to travel along with me! 😉

1. Jesus Christ was God incarnate. He performed miracles; as a means of providing for the irrevocable reconciliation of humankind to God he sacrificed himself on the cross; he rose from the dead; he left behind for the benefit of all people the totality of himself in the form of the indwelling Holy Spirit.

2. Christ and Christianity are meant to be understood, appreciated, and experienced as galvanizing inspirations for living a life of love, compassion, fairness, peace, and humility. Period.

3. The Bible is a collection of a great many separate documents written by different people in different languages over thousands of years. Properly understanding both the letter and spirit of the Bible necessarily entails taking into account the historical and cultural contexts that so greatly inform so much of its text. The size, density, history and complexity of the Bible render unfeasible the idea that not one of its words reflects more man’s will than God’s. The spirit of God is inerrant; people—even those impassioned by the conviction that God is speaking directly to or through them—are not.

4. Anyone seeking to mix Church and State has failed to understand the nature and proper role of either. Belief that all people are created equal and equally deserving of protection under the law is foundational to the American democratic system. To incorporate into public policy any “Christian” values which are not universal but rather unique to Christianity is to compromise the very essence of America by pushing it away from a democracy and toward a theocracy. The same is true of any democratic nation. Religious law and democracy are necessarily incompatible.

5. It’s not possible to read Paul’s New Testament writings and remain unmoved by his open heart, intellectual prowess, and staggering bravery. And yet Paul (who, after all, spent years zealously persecuting and having executed untold numbers of Christians) must remain to us a mortal man. More than reasonable, it is incumbent upon those who claim to seek the deepest knowledge of Christ to subject the words of Paul to the same kinds of objective analysis we would the words of any man daring to describe the qualities, purposes, and desires of God.

6. With regards to the written identity of God, the pronoun “he” is a necessity of the English language, not an actual anatomical designation. God is neither male nor female; God contains all of both.

7. The Biblical scholarship supporting the idea that Paul never wrote a word proscribing natural homosexuality is at least as credible and persuasive as the scholarship (if not typical Bible translations) claiming that he did. Any person who uses the words of Paul in the New Testament to “prove” that homosexuality is a sin against God has either never themselves researched the matter, or has simply chosen to believe one set of proofs over another. Though laziness is easily enough understood, we remain mystified as to why anyone who purports to follow Jesus would choose to condemn an entire population over choosing to obey Jesus’ self-proclaimed Greatest Commandment to love one’s neighbor as one loves oneself.

8. It is much more reasonable—and certainly more compassionate—to hold that throughout history God chose to introduce himself in different ways into different cultural streams than it is to believe that there is only one correct way to understand and worship God, and that the punishment for anyone who chooses any but that way is to spend all of eternity having the living flesh seared off of his or her bones.

9. “No one comes to the Father except through me” does not mean that in the afterlife only Christians can get into heaven. It means that Jesus/God decides who does and doesn’t make it in.

10. The question of whether or not hell is real is properly subsumed by the truth that a moment spent worrying if you’ll be with God in the afterlife is an opportunity missed to be with God in this life.

11. God’s will and intention is to forgive and teach us, not to judge and punish us.

12. The only person who should be actively endeavoring to convert non-Christians into Christians is God. Jesus does not need our help drawing people towards him. He does need, or could certainly use, our help in making sure that people know that they are, just as they are, loved.

13. Getting a divorce is painful, and if at all possible should certainly be avoided. But ultimately the act in and of itself is not immoral.

14. God does not want any woman “submitting” to anyone.

15. There were no dinosaurs on Noah’s ark; Jesus didn’t have a pet stegosaurus. An all-powerful God and the theory of evolution are not incompatible.

Now, John Shore (http://johnshore.com/) has his unique way of phrasing and explaining these ideas, but the general spirit & message behind them resonates with me so very much! It has been such a blessing to have stumbled upon a group of other souls that call themselves Christians and also share my strong call for equality and love as we are all loved, valued, and accepted equally in the eyes of God without the man made judgements and rules that only function to separate us…from each other and from God.

After opening the UnFundamentalist Christians FB page and reading “What We Believe” I realized I was not the only one that believed this way! I realized I am not alone on my journey! I had what best could be described as Spiritual Recognition of Truth. Although I cannot say that I am “no-questions-asked,100% on-board” with all of the “UnFundamentalist” tenets….some parts of which I’m still absorbing, contemplating, considering…this has come as close as any set of stated beliefs from any Christian group that I have come across thus far! Reading these stated beliefs I’ve felt so much of a recognition of God’s Loving Presence in these words that now I consider myself an UnFundamentalist Christian! Not that God love me more because I do, or would love me less if I didn’t! After all, I believe He calls to us and loves us each the same. 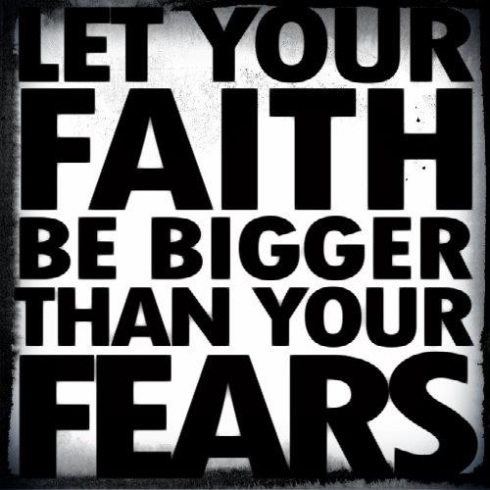 2 thoughts on “I’m Coming Out (Gasp!)… as an Unfundamentalist Christian!”